The Berlin Wall before The Fall. Crossing point between East and West Berlin pre-unification.

The Berlin Wall contstructed in 1961 by the German Democratic Republic (GDR, East Germany) completely cut off West Berlin from the surrounding East Germany. The barrier included guard towers a "death strip" and anti vehicle trenches. The Eastern Bloc claimed that the wall was erected to protect its population from fascist elements conspiring to prevent the "will of the people" in building a socialist state in East Germany. The wall fell in November 1989. 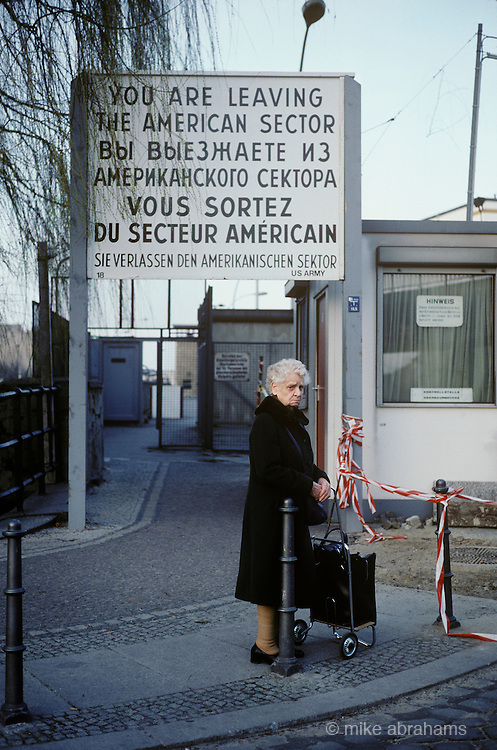